While the whole world will be watching the Olympics beginning on July 23, one state legislator has a particular interest in the Olympic and Paralympic games.

“I never miss an Olympic game when they are on,” said Idaho state Rep. Muffy Davis. “I am glued to it. I love watching athletes strive to be their best and the stories they tell.”

Davis, who will be traveling to Tokyo as a member of the United States Olympic and Paralympic Committee board of directors, a position she was appointed to after years of competing and medaling in the Paralympic Games.

Davis won a bronze medal in Slalom in the 1998 Olympics in Japan and in 2002, she won three silver medals in the downhill, super-G and giant Slalom events. In 2012, she won three gold medals in handcycling events in the London Paralympic Games.

She had been a top prospect for Olympian skiing before she had a skiing accident in 1989 that left her paralyzed. Davis had to take time to re-learn how to ski and learn other sports to accommodate her disability. The Council of State Governments profiled her as part of our 2020 special issue of Capitol Ideas Magzine, “30 Years of the American With Disabilities Act.”

“The hardest part of my accident and becoming disabled was thinking my lifelong dream and goal was over — that I wouldn’t be able to accomplish it,” said Davis, who was injured at 25. Soon, however, she learned about Paralympics movement, which gave her dream new life.

‘My injury level was quite high,” Davis said. “In my mind, I was a ski racer, so I was going to jump on a Monoski and be great right away. That didn’t work quite that way. It was very hard. It took a long time. Being tenacious or stubborn, I didn’t quit or give up, and I knew that it was possible. For me, I had to mentally and emotionally think of it as a new sport because it was so painful to try and think of it as skiing, as I had.”

Davis credits her family and coaches for their support and help in connecting her with the right resources to learn how to ski differently and try other sports.

Davis became a member of the Idaho House of Representatives in 2018 and is passionate about the issues of education and healthcare.

As a member of the United States Olympic and Paralympic Committee board of directors, Davis will travel to watch some of the Paralympic Games before coming back for some legislative duties.

“We just finished […] the U.S. Paracycling National Championships, and they were hosted here in Boise, Idaho,” she said. “It was so cool to come and hand out medals. Some of our female hand cyclists are some of the top in the world. It would be my dream to hand out a Paralympic medal to some of our U.S. athletes who I helped mentor. It is an honor to give it to any athlete, but it’s so fun to give it one of our own countrymen or women.” 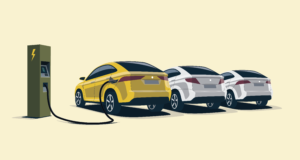 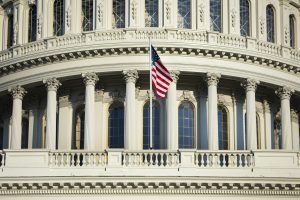