CSG West leadership, membership and staff are mourning the sudden loss of Colorado House Minority Leader Hugh McKean. During his tenure in the Colorado General Assembly, Leader McKean was an active participant in the organization’s programs and championed collaboration on key issues facing the West.

Over the last two years Leader McKean served as co-chair of our Westrends Board, which brings together policymakers to address economic and demographic trends affecting the quality of life in the region. He served superbly in this role, providing insights and appreciation for the unique issues that define the West. Leader McKean was also intrigued in the U.S. – Mexico binational relationship and in building partnerships that would further the common interests of both countries.

Leader McKean was widely respected by his peers from across the Western region. He was intentional in working across party lines, which is much needed in our current body politic. An alum of the Western Legislative Academy Class of 2019, he  embodied the tradition of leadership for which this program strives.

CSG West expresses its sincere condolences to the family of Representative McKean. His vision, knowledge, and curiosity will be deeply missed.

Leader McKean will lie in state at the Colorado Capitol today, with public viewing from 1:00 – 5:00 p.m. The public is invited to attend funeral services for Leader McKean on Saturday, November 12, at 11:00 a.m. The services will take place at Resurrection Fellowship Church, 6502 E. Crossroads Blvd., Loveland, Colorado, 80538. 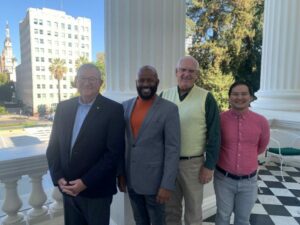