Michigan Sen. Roger Victory will serve as Midwestern Legislative Conference chair in the year ahead, joined by three other legislators on the MLC leadership team.

They and the full MLC Executive Committee guide the work of the MLC — a nonpartisan association of all legislators in 11 Midwestern states as well as the Canadian province of Saskatchewan. (Alberta, Manitoba and Ontario are affiliate members.) CSG Midwest provides staff support to the MLC.

ABOUT THE FOUR MLC OFFICERS FOR 2023

Roger Victory was first elected to the Michigan Senate in 2018 after serving six years in the House. In 2022, he was chair of the Senate Judiciary and Public Safety Committee and assistant majority whip. He owns Victory Farms LLC, a year-round specialty crop producer, as well as Victory Sales LLC, a national produce distributor.

After serving three terms in the Ohio House, Bill Reineke won election to the state Senate in 2020. He served as vice chair of the Transportation Committee in 2022 and also is a leading legislative voice on education and workforce issues. Outside the legislature, Sen. Reineke is a business partner in Reineke Family Dealerships, a threegeneration family business.

Randy Weekes was first elected to the Saskatchewan Legislative Assembly in 1999. He became speaker in late 2020, when fellow MLAs chose him for the position. In this role, he serves as the Assembly’s chief presiding officer. Speaker Weekes has decades of experience as a farmer, rancher and feedlot operator.

Carolyn McGinn just completed her successful year’s tenure as MLC chair. A member of the Kansas Legislature since 2005, she is a respected leader on policies ranging from transportation and water, to budgeting and local government. In 2022, McGinn served as chair of the Senate Committee on Local Government. She is an agriculture producer and lives on a family farm with her husband, Mark. 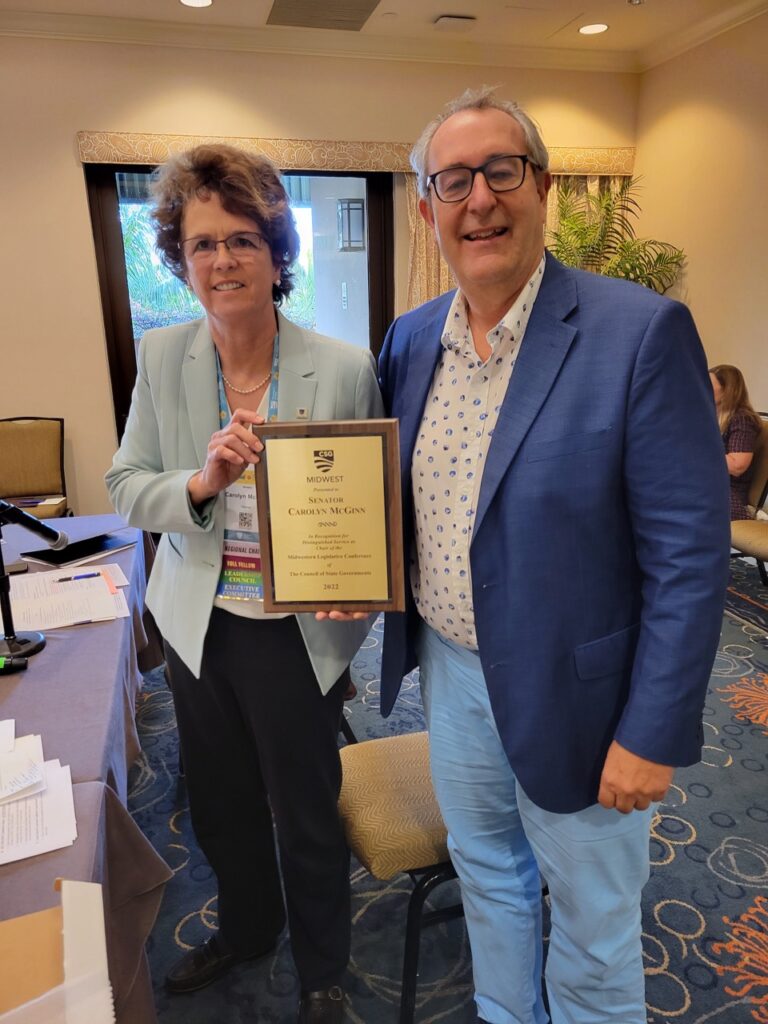 In December, Kansas Sen. Carolyn McGinn was honored for her leadership and service over the past year as chair of the Midwestern Legislative Conference. She will remain a member of the MLC officer team. Michigan Sen. Roger Victory, pictured here with Sen. McGinn at the December meeting of the MLC Executive Committee, is the regional group’s new chair. 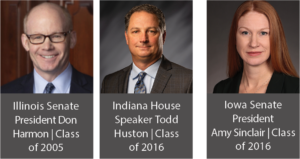