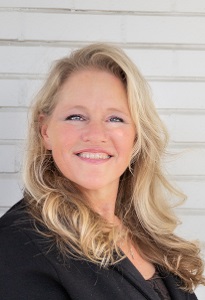 “I am reminded of this quote from John Wesley, the founder of my faith tradition, when I think of my legislative goals: ‘Do all the good you can, in all the ways you can, to all the souls you can, in every place you can, at all the times you can, with all the zeal you can, as long as ever you can,’”

Kansas state Rep. Mari-Lynn Poskin has razor-sharp focus on the needs of her constituents and delivers results.

Poskin is a first-time legislator who identifies as a political centrist. Her legislative priorities include election transparency, incentivizing Kansas employers to adopt emergency savings accounts, eliminating the food sales tax in Kansas and working to get a child care benefit implemented for the Kansas National Guard.

“Active duty members all have access to on-base child care,” Poskin said. “Active Guard receives a stipend to offset the costs of not being at an active-duty installation. This leaves out our guardsmen who are federal technicians, or Title-5 civilians who are still serving in the Guard, who must react quickly in times of crises, and the children and spouses are often forced to pick up the slack [caused] by a sudden departure.”

Poskin says she is committed to her constituents, and she prioritizes what they want and need while she is in office.

“I truly have the best and brightest constituents in the state of Kansas,” Poskin said. “They understand and track the legislative process very adeptly. They understand that the best governance happens when elected officials problem-solve with a clear understanding of the issues, communicate their constituents’ stake in the issue and will engage across the aisle to make it happen. I want my constituents to know that they will get clear and detailed information about bills and the legislative process in my normal communications and that I am happy to go into more details with them individually.”

“Being elected was probably the proudest moment in my life, as it was my beloved community coming together and declaring that they wanted to continue the outstanding moderate representation of my two-term predecessor. They had to cross party lines and put their trust in a newcomer, for the first time in the history of our district, to do so,” she said.

Poskin said being able to assist Kansans who had delayed unemployment benefits has been her proudest moment in office.

Poskin is married to David, who has secondary progressive multiple sclerosis. She and David have a blended family of seven, and prior to her work in the legislature, she worked in higher education. She continuously focuses on the next best step for Kansans.

“My core campaign issues resonate deeply with our community: fully funding public education, strong and healthy communities and vigorous economic development,” she said. “We are in our third year of fully funding schools under court jurisdiction, and it is my hope that outstanding public schools remain the hallmark of the Sunflower State. I hope we pass Medicaid expansion in Kansas, as it is both an economic and moral imperative. I hope we protect our precious Kansas ecosystem for the strong and healthy our future generations of Kansans will work, play and raise their own children in.”

She said she lives by a quote from John Wesley, who led the religious movement that became Methodism.

“I am reminded of this quote from John Wesley, the founder of my faith tradition, when I think of my legislative goals: ‘Do all the good you can, in all the ways you can, to all the souls you can, in every place you can, at all the times you can, with all the zeal you can, as long as ever you can,’” she said.