The State of State Capitol Security

The U.S. Capitol riot on Jan. 6 and subsequent threats have inspired a debate over capitol security in statehouses around the country. The events of January 6 are only one example of an already tumultuous year of political violence directed at public buildings and officials. The global pandemic also led to a need for additional security measures to protect against COVID-19. To better understand how these factors have impacted states, analysts with The Council of State Governments (CSG) performed a comprehensive scan of state capitol security across all 50 states and the District of Columbia.

CSG analysts found that significant policy differences exist between states on firearms permissions, security screenings and other security measures. Most capitols restrict the open and concealed carry of firearms and use both metal detectors and X-ray machines. However, seven statehouses permit both open and concealed carry and 13 use neither metal detectors nor X-ray machines.

As of April 27, 2021, 28 state capitols and the Wilson Building (the Washington, D.C. capitol) are closed to the public. Of these 28 state capitols, 24 explicitly state that they are closed to prevent the spread of COVID-19. At the time of this analysis, information was not publicly available for the remaining four closed capitols. However, our analysis indicates that these four capitols are also likely closed due to COVID-19. Finally, the District of Columbia Wilson Building is closed because the city council is not in session. Notably, no state capitols are closed due to threats of violence. This stands in stark contrast to the weeks following Jan. 6 when at least 19 states deployed National Guard troops to their capitols and several shut down statehouse grounds in response to the U.S. Capitol riot.

States also implemented temporary increases in security measures following the U.S. Capitol riot but later removed these as threats of violence failed to materialize. Out of the 10 states that explicitly reported that areas around their capitols were inaccessible in early January, only two — Arizona and Washington — continue to do so. This may be an undercount, as information is not publicly available for 40 states.

Similarly, 10 state capitols explicitly reported that they employed security fencing. Three of these, Minnesota, Oregon and South Carolina, left their fencing installed. As above, this may be an undercount: these 10 states are those that reported setting up and removing their fences.

This indicates that the emphasis of capitol officials has shifted away from threats of political violence and back to the pandemic and traditional security.

Most states prohibit the possession of firearms within their capitols, but a substantial minority do the opposite.

Another significant component of capitol security is the screening process — specifically, the use of metal detectors, X-rays, and required identification (ID).[1] Metal detectors are used to scan people (i.e., walk-through or handheld metal detectors. X-ray machines, however, scan personal items, packages, and the contents of each visitor’s pockets.

Thirty-seven capitols (37%, including the Washington D.C. city building) employ metal detectors at screening checkpoints in building entrances, and a further 31 capitols (61%), employ X-ray machines at entrances to scan all packages and personal items. Of the 18 state capitols that post their ID policy online, 10 required identification to enter their state houses.

To conduct this research, CSG analysts gathered data from a variety of publicly available sources. Information on state capitol building firearm policy was primarily gathered from the Giffords Law Center’s Database of State Gun Laws and Michigan Advance’s Database of Capitol Building Firearm Policies. Most other data — including information on public access and security screening procedures —were gathered from statehouse websites or local news sources. This is not a comprehensive scan of all capitol security policies as some information is unavailable for most states. In particular, security measures like capitol fencing and ID requirements only reflect information that is publicly available online.

Associates in Action: Novartis to Partner with HBCUs and Med Schools for Health Equity 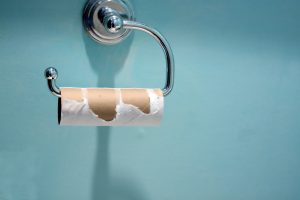