After ten years of service in the Idaho Legislature, Representative Clark Kauffman, CSG West Chair, will be departing the legislature at the close of this term, which ends November 30. CSG West had a recent opportunity to interview Representative Kauffman about his experience as a legislator and as CSG West Chair, his advice to incoming legislators, and thoughts on the most important issues facing the West.

The CSG West family extends its gratitude to Representative Kauffman for the leadership, character, and service that he demonstrated. We wish him and his wife, Debbie, success in all their future endeavors.

There are a substantial number of first-time lawmakers that will begin serving in 2023. What advice would you offer a freshman legislator?

I think if you’re a freshman coming in, you need to realize that you look at life and legislation through a certain set of lenses. Don’t be afraid to explore what other people’s lenses are. There are just so many sides to every issue. Don’t be in a hurry to put a stake in the ground on an issue until you have really taken the time to vet it and look at it from everybody’s different lenses. You might be surprised… you might find out you don’t really know what you’re talking about.

Prior to your legislative service, you served on several local and state boards in Idaho. What motivated you to run for the legislature in 2012?

In those local positions I dealt with the legislature on issues that were important to transportation or to agriculture, so I was somewhat familiar with it. When redistricting occurred, there was an open seat in my district and several of the sitting legislators in the area came to me and said, “it’s your turn.” In my involvement with transportation and agricultural advocacy groups, I believed that my skill set would serve the needs of District 25. My farm was at a point that I thought I would have the time to , and I threw my hat in the ring. It was a close election in the primary, but it seemed like the timing was right and an opportunity was there.

Can you comment on your experience being an officer of CSG West? Is there a memorable moment that stands out?

That’s been a highlight of the whole 10 years I’ve been in. I thought it was really a great experience to host the Annual Meeting in Boise. I think we had good speakers, good attendance, and good weather. If there was a highlight, that would be it – having a successful Annual Meeting in my home state.

The thing I want everybody to know about CSG West is that the staff meets 110% or more of expectations. I’ve had nothing but admiration for the work that you do – and how you get it done so efficiently and quickly. My hat goes off to the staff of CSG West.

What would you describe as the most important issue shaping the West right now?

There’s probably five or six “number ones,” but for me, drought is a major issue. The population continues to grow and there’s only so much water. I think that CSG West starting the Colorado River Forum is going to payoff big time in the future. I’m excited about that. It covers a great number of our western states from Montana to Mexico. If the folks that are impacted don’t start visiting with each other, there’s never going to be happiness.

At this year’s Annual Meeting your colleagues offered their comments and best wishes as you prepare for your next chapter. A theme that ran through their remarks, regardless of party affiliation, was the value you place on building relationships. Can you comment on that?

That’s certainly the way I want to be remembered… being fair and open to everybody’s opinions. Not that you’re going to agree, but that you don’t have to be disagreeable when you don’t agree. I just think living life that way is a lot more productive. For me, it’s so I can go to sleep at night without holding animosity towards anybody. I took how I wanted to live life with me when I went to the legislature. I didn’t change or become something different.

The post <strong>Farewell From the Chair: A Conversation with Idaho Representative Clark Kauffman</strong> appeared first on CSG West. 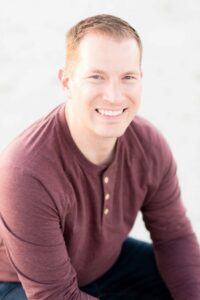 Congratulations to the WLA Class of 2022!