By Sandi Abdelshehed and Daniel Clothier

In 2018, registered nurse Jennifer Jacobs attempted to treat a middle school student experiencing symptomatic hypoglycemia, otherwise known as low blood sugar. She first used snacks to try to increase the seventh-grader’s blood sugar, but the student ultimately lost consciousness. Jacobs also attempted to use glucose gel inside the student’s cheek, but application of the medication was ineffective. As a last resort, she used her only accessible glucagon kit belonging to another student.

Jacobs, who for 21 years has been a certified school nurse at Glenview Middle School in East Moline, Illinois, administered the glucagon knowing it was prohibited and could put her license and career in jeopardy.

“I chose to use a life-saving medication to treat her; however, it was prescribed for another student,” Jacobs said. “Knowing full well I could get fired, I knew it was the only answer to this situation. How could I not? Her life in my hands was larger than anything else.”

Recognizing a school nurse should not have to risk their career to treat a student, Jacobs worked to instill change in Illinois state policy.

Diabetes is a chronic disease that affects 37.3 million American adults and is one of the major causes of blindness, kidney failure, heart attacks, stroke and lower limb amputation. The number of people with diabetes has also increased exponentially over recent decades.

Individuals with Type 1 diabetes suffer from symptomatic hypoglycemia, on average, twice a week. It occurs when sugar (glucose) levels drop in the person’s blood. If left untreated, diabetic hypoglycemia can cause seizures, unconsciousness and, at times, death. Glucagon injections can be used as an emergency medicine to treat severe hypoglycemia

Access to this life-saving medication has become an equity issue as it sometimes poses financial or logistical challenges for families with children with diabetes. Families with limited financial resources or insurance coverage may not be able to supply the medication to their children’s school, increasing the chances of adverse outcomes in school settings.

To help address this issue, Jacobs worked with Illinois state Rep. Michael Halpin and Sen. Neil Anderson. The two policymakers sponsored HB0822, allowing school nurses or delegated care aides to administer undesignated glucagon through a student’s diabetes care plan if the student’s prescribed glucagon is unavailable on-site or has expired. The bill passed unanimously through the state Legislature and was signed into law on Aug. 19, 2019.

Policies such as the undesignated glucagon law represent examples of bipartisan policy solutions that can improve health care equity and access to care across states. After Illinois became the first state to pass an undesignated glucagon law, Ohio followed suit with the Allison Rose Act, HB231. Other states have since considered their own legislation. 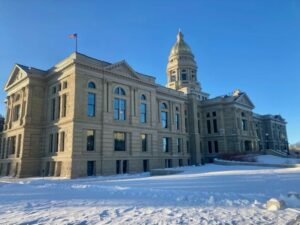